Dele Momodu and Davido end Their Beef at Ovation Concert

Ovation Magazine Boss, Dele Momody and DMW Boss, Davido are at peace once again.
The Ovation Magazine publisher took to his Instagram to share photos from his Ovation concert where the FIA singer performed, adding that they have finally reconciled their differences.
“True reconciliation, great joy… God bless DAVIDO… God bless DR ADEDEJI ADELEKE for his uncommon maturity… God bless the MOMODU family for that simple heart,” said the publisher, adding, “We are a family.”
Recall that the family drama started in 2015, after Dele Momodu and his cousin Sophia (who is the mother of Davido’s daughter Imade) stopped the singer from jetting off with Imade.
Sophia accused Davido’s family of snatching her daughter and refusing her access to the child, while Davido alleged that they were taking the child to Dubai for medical checkup. He published a pathology report which claimed that the child contracted cannabis through breastmilk. 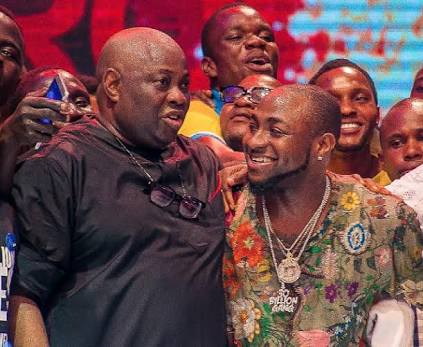 Top Google Searches In Nigeria In 2017