Rivers State Governor, Nyesom Ezenwo Wike has offered a lifetime scholarship to a talented 12-Year old  musician, Master Nengi Jaja.
The scholarship worth N40million will cover the education of Master Jaja from Secondary  School up to University Level.
Governor Wike announced the Scholarship on Sunday at the State Ecumenical Centre in Port Harcourt during the Thanksgiving Service in honour of Prince Uche Secondus where the young musician performed  soul lifting songs.
The governor directed the Redeemed Christian Church of God, Province 5 to open an account for the musician in laision with his family for the purpose of his training.
He urged the church to closely monitor and guard the young musician to ensure that he fulfils his destiny.
Young Nengi Jaja emerged as a 2nd Runner Up in an international music festival where over 10000 children participated. 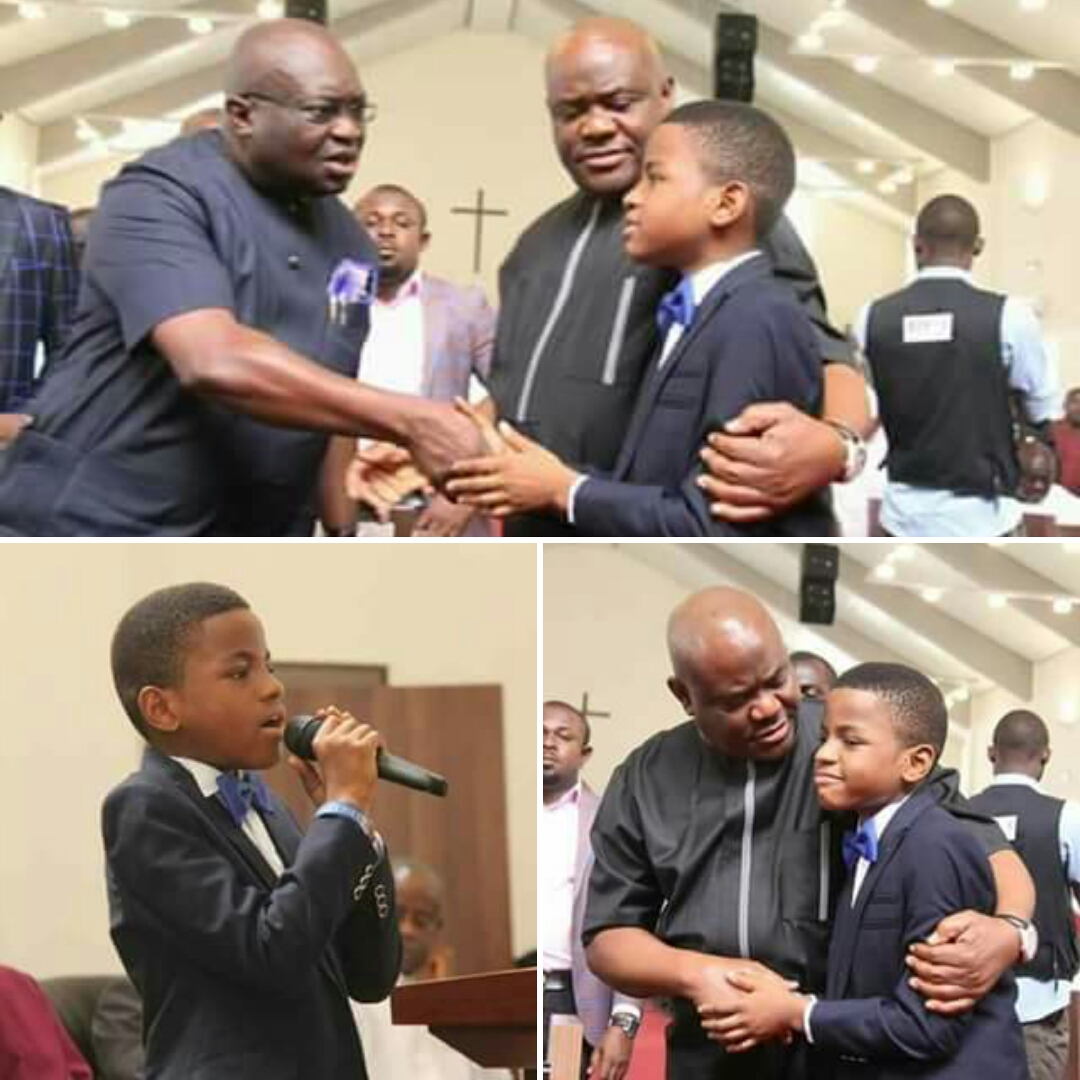 Exclusive: LEXY-M DISHES OUT NEW SINGLE “BACK 2 BACK”