Rivers State Governor, Nyesom Ezenwo Wike has stated that the Minister of Transportation, Rotimi Amaechi stands rejected by Rivers people because of his failure during his 8-year  ill-fated administration.

He said despite  the evil machinations  of the Former Rivers State Governor, Rivers people will continue  to reject his bid to foist his house boy, the defeated 2015 APC Rivers State Governorship Candidate, Dakuku Peterside on them as his way to siphon their resources through an illegal third term.

He spoke at the Government House Port Harcourt on Tuesday when he hosted social media influencers  to a state dinner.

He said: “Governance  is not for house boys. Governance is for serious people. Rivers people will never allow Amaechi to do a third term through  the backdoor by foisting his house boy on the state.”

He berated the Minister of Transportation for politicizing security, saying that his comments on the Omoku killings is an indictment of security  heads posted to the state by the APC Federal Government.

He said while his administration  has never influenced the posting of any security head to the state, it has always funded and provided logistics for security agencies more than any other state government in the country.

“I challenge  any state government  in the country to come forward to say it has provided more support for security agencies than Rivers State.

“When you portray  the state as insecure , you are driving away investors.  No good man does that. By Amaechi’s  logic, the killings all over Nigeria is being sponsored by the President “, he said.

He said that while Amaechi was governor of Rivers State, all the leading construction companies  like Julius Berger Plc fled the state because their personnel  were kidnapped  regularly. He said Amaechi resorted to the use of unqualified contractors, which led to poorly executed projects.

He said as a result of improved security in the state, first class construction firms like Julius Berger Plc, CCECC and RCC are working in the state.

“International conferences and seminars  are back to Rivers State. This is because  the people now have confidence  in the security  architecture of Rivers State.  During Amaechi, all the seminar and conferences moved to Akwa Ibom State “, he said.

He assured that his administration  will continue  to invest in the security  of lives and property of Rivers people.

Governor Wike commended social media practitioners  for their support and their commitment to the promotion  of Rivers State.

While thanking them for working for the development of Rivers State without gratification, Governor Wike urged them to keep up the good work.

Also speaking, Senator George Sekibo and the Member Representing Etche/Omuma Federal Constituency, Hon Jerome Eke lauded the social media influencers for their contributions to the development of the state.

Rivers State Commissioner for Information and Communication, Mr Emma Okah described the meeting as historic. He said it will be a regular exercise.

Spokesman of the Social Media Influencers, Comrade Victor Oko Jumbo said social media  is an important  tool that has been effectively  deployed by the influencers to promote Rivers State and support the administration  of Governor Wike. 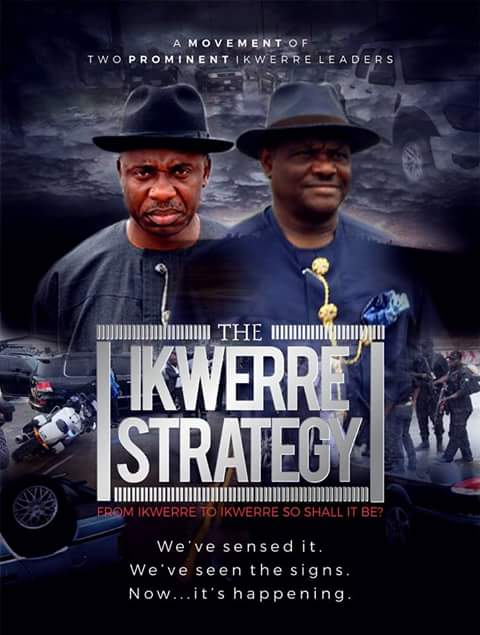