The National Coordinator of Ken Saro-Wiwa Associates, Chief Gani Topba led thousand of ogonis for a peaceful protest at the NNPC towers in Abuja.

Addressing journalists, Chief Topba said the protest was against Shell’s plan to resume oil exploration through what he described as backdoor to one company Robomichael Nigeria Limited in Ogoniland.

He made it clear that ROBOMICHAEL does not have the requisite expertise and the people are saying  “No” to their services.

Responding to the protesters, a Representative from NNPC assured them that the matter will be treated.

It will interest you to know that on the 20th December, 2017 ogoni people were at the Zonal Headquarters of the Nigerian National Petroleum Corporation at Moscow, Port Harcourt over same issue.

4th January each year is a day set aside for the people of Ogoni all over the world to celebrate their heroes. 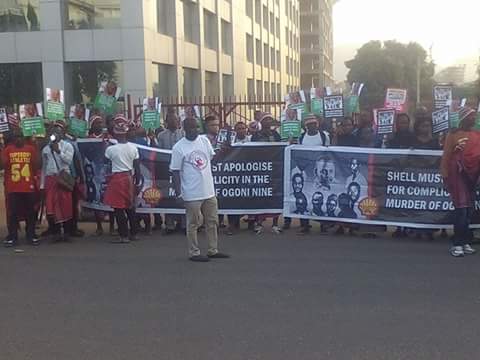 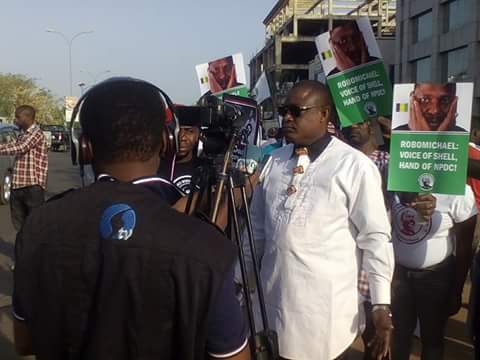 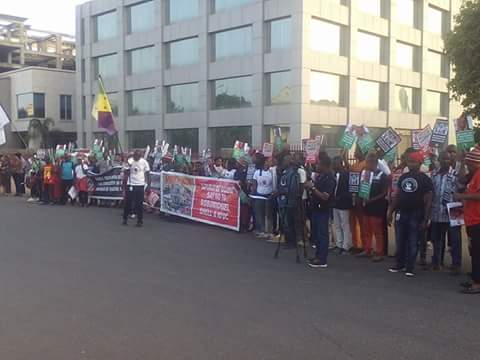