I stumbled upon this post by a Facebook user and I think it’s will be wise if you take time to also read;
“I hardly make posts.I think apart from my wife’s bithday,I have just made one but I need to do this because I am traumatised by it.
This morning,I was rushing to catch up with my sunday service at Benin from Osha.Having been forced to sleep at Onitsha due to head bridge traffic jam last night.
Just after Abudu,the Honda pilot in my distant front pulled a back tire and the Suv began to sumersult.This car went up to about 20 feet above the ground before landing with its roof.This wasn’t a Rabo or James bond movie but a reality.I was so petrified.Never seen that in my life.
**When it was all over in just seconds or so,lying on the floor were a family of 5 children with there parents traveling after christmas.
**Thier father was nearly gone,mother and 4 children heavily wounded and unconcious,one daughter not touched but shouting and shaking her parents and siblings to come back alive.
**Road blocked many packed and we all started praying and calling God of life.(Nigerians can sure pray).
**I now said we need to move them to hospital.I carried the 4 injured unconciuos children into my Suv,trew all my suits and loads out to accomodate their only concious sister and told the young pastor with me to drive them to hospital.
**This is when I saw nigerians in action.No one agreed to bring his/her car for the 2 unconciuos parents.I beged,cried,knelt on the main road,nobody.Yet morethan 50 different type cars were there.
**Many snaping pictures of the people posting.
**I tried blackmail,deaf ear.
**I became crazy and beat on vehicles yet nobody bulged.
**While this was going on the father gave up the ghost.
“HEARDSMEN ARE JUST ANOTHER NIGERIANS”
**When this happened,I thought hearts will change, but none,rather more tears without action.
**I saw a govt toyota landcruiser with a pilot hilux and knelt in front of it with my suit asking the man to use his hilux but he orderd his police orderly to push me out.Guess what other hypocrites who refuced for the past 40mins started insulting him for comiting same offence.
**The mother was now going,yet nobody.I told my pastor to rush back and lets carry these ones.
**Just then road safety came to my help.Well by this time the woman was near gone.
**We got to the hospital and the kids are being treated but doctors said more time wasting would have killed them especially the 2 boys.Thank God.
**please help me pray for them.
**The road safety said it is only one out of one million people that help accident victim in nigeria.
**please let us change that this year.
**It could be your family tomorrow.
**I came back from hospital to take these pictures of the car but not human beings. 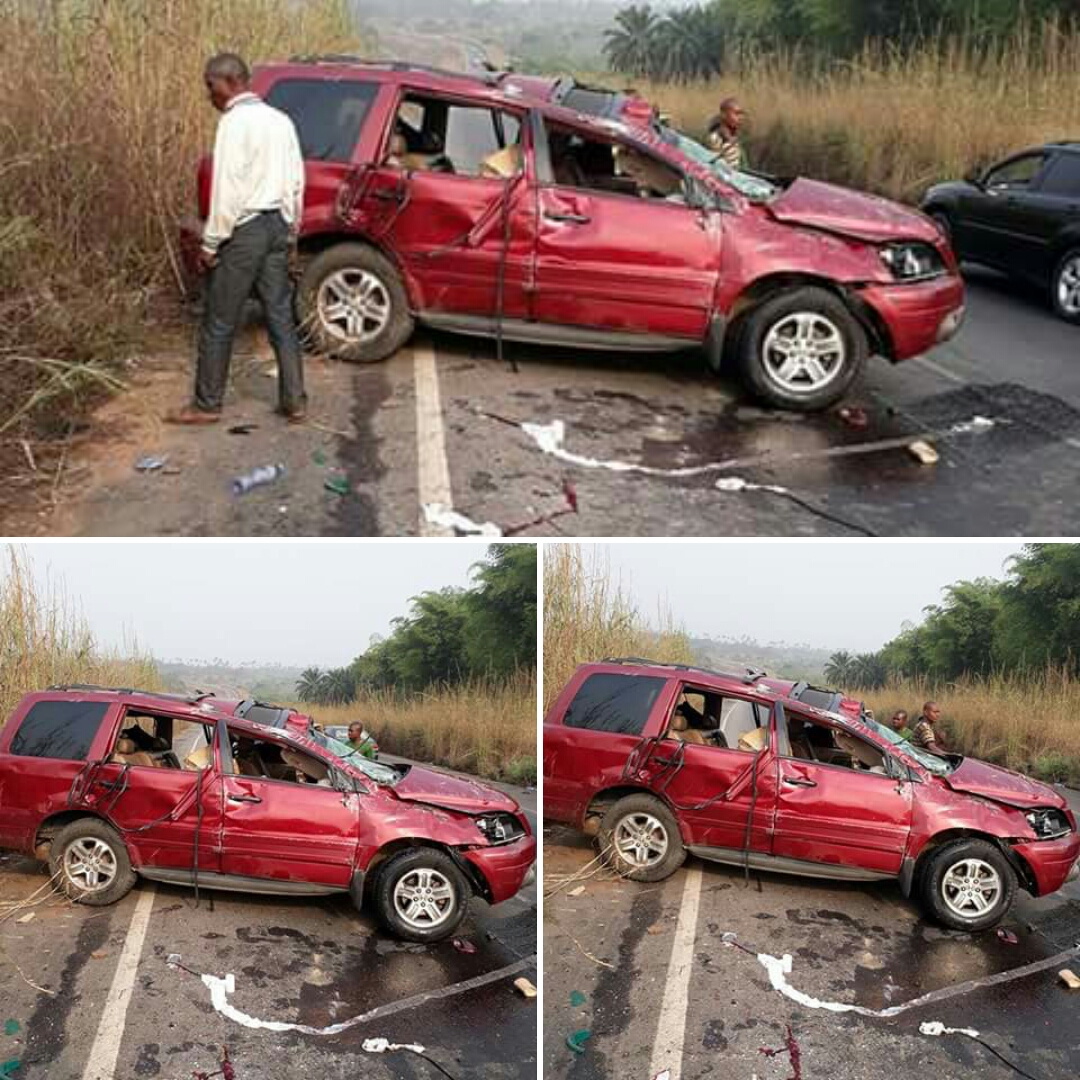