Why Maxi And JFly Got Kicked Out Of E-One Records

Following a press release published yesterday by Maxi (Chocomilo hitmaker) on the reason that he is no longer with E-One Records months after he got signed on to the record label got fans and music lovers wondering.

An instant call from my End to Mr. Ethrice Ekpen, C.E.O of E-One Records however confirmed that Maxi and JFly have had their contracts with the record label terminated on the reasons stated below;

According to the content of their letter of termination sent to these artists, the decision was taken by the management based on;

– Unruly behavior
– Lack of respect for the authority
– Breach of contract.

Even though these artist have declared this offenses untrue, the C.E.O of E-One Records went on to say that both artist have on several occasions gone against their contract signed.

“They where even demanding for A Car and House each in Lagos, which was not part of our agreement” he said, stating that the label have done their part in the promotion of these artist and that he has snapshots of bank transactions made.

And if I (Young Endy) may ask, how much have they generated for the label months after they got signed and don’t they think its too early to start demanding for such considering investments been made on their promotions and the fact that they’ve not been with the label for long? Questions though.

However following their above mentioned offenses and letter of termination of contract, these artists are to stop further promotion, performance or use of songs listed below;

in any event, occasion, shows or any other public or private places.

The registered name “Eone Records” should not be associated, related to, used or connected with Idehenre Osahon Jefferson ( JFLY) and Abidoye Kazeem Adeseye (MAXI).

See Snapshots of their letter below and I still have snapshots of bank transactions made on behalf of these artist. 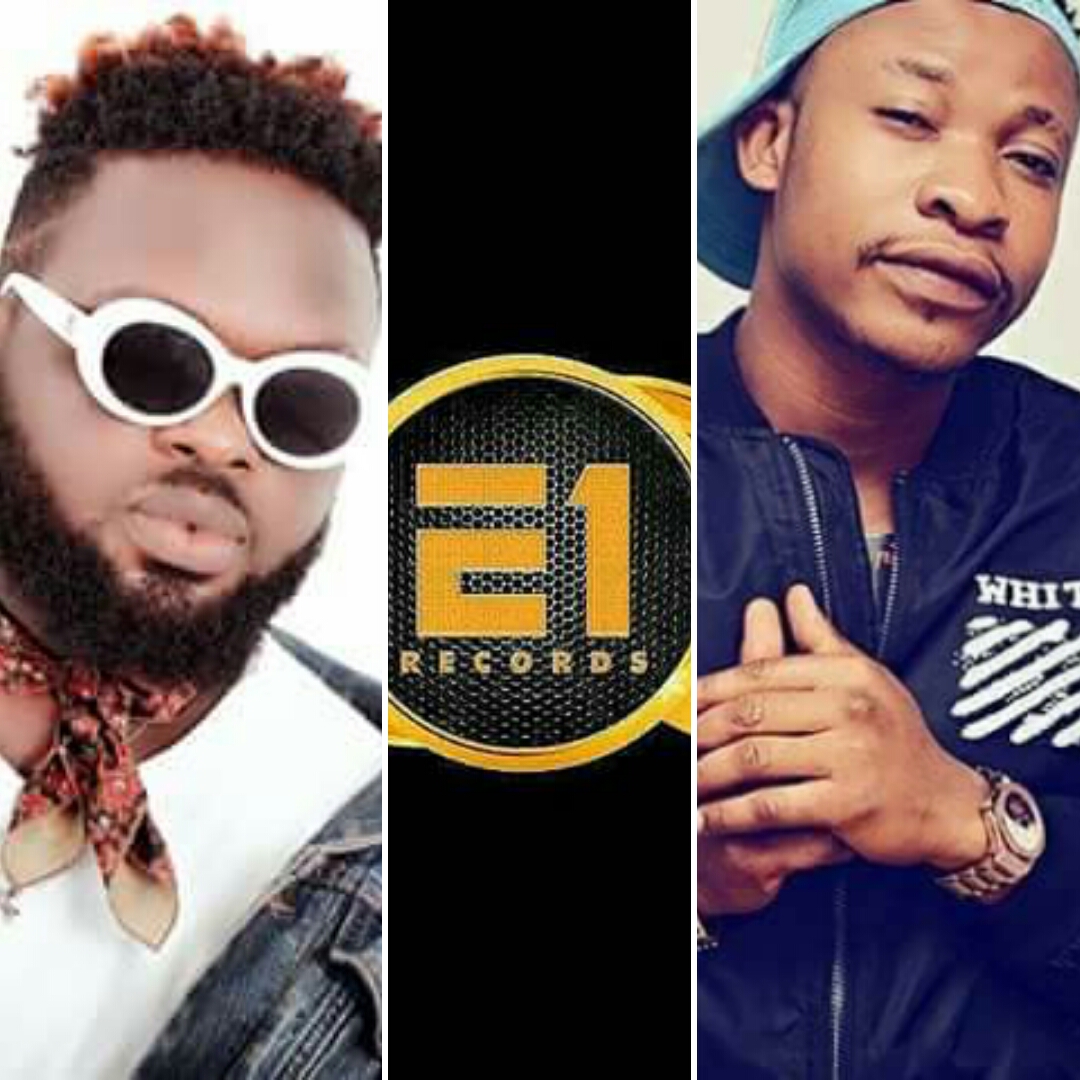 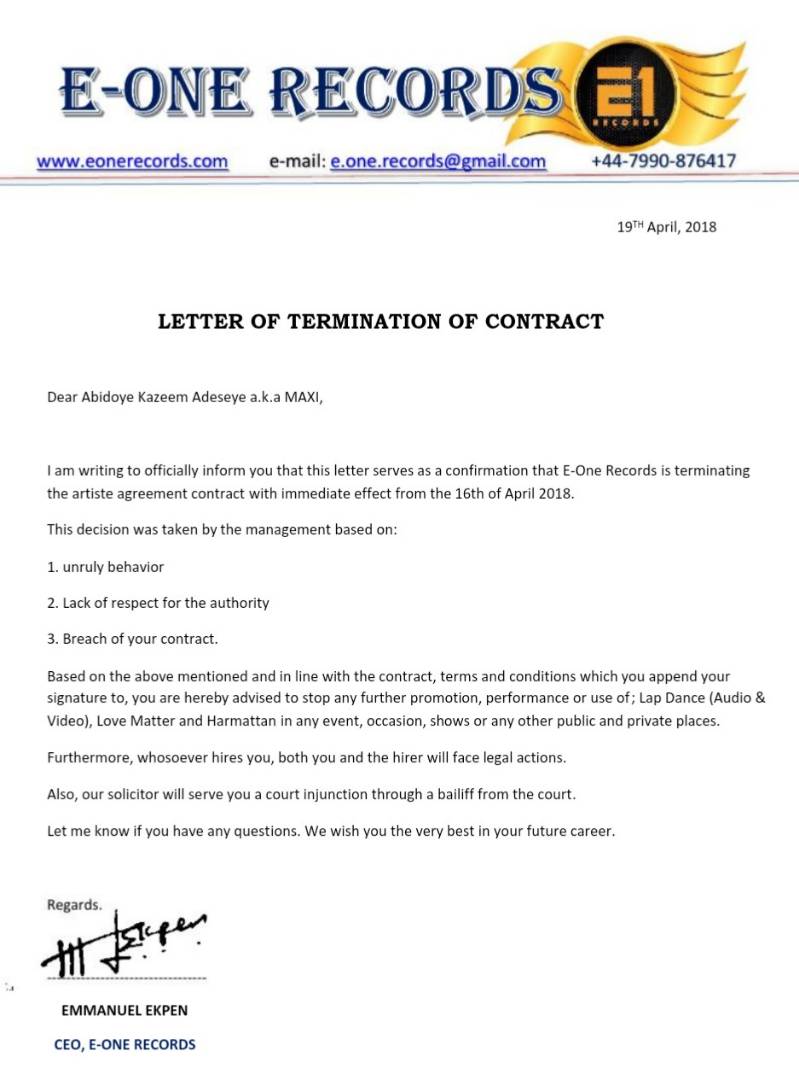 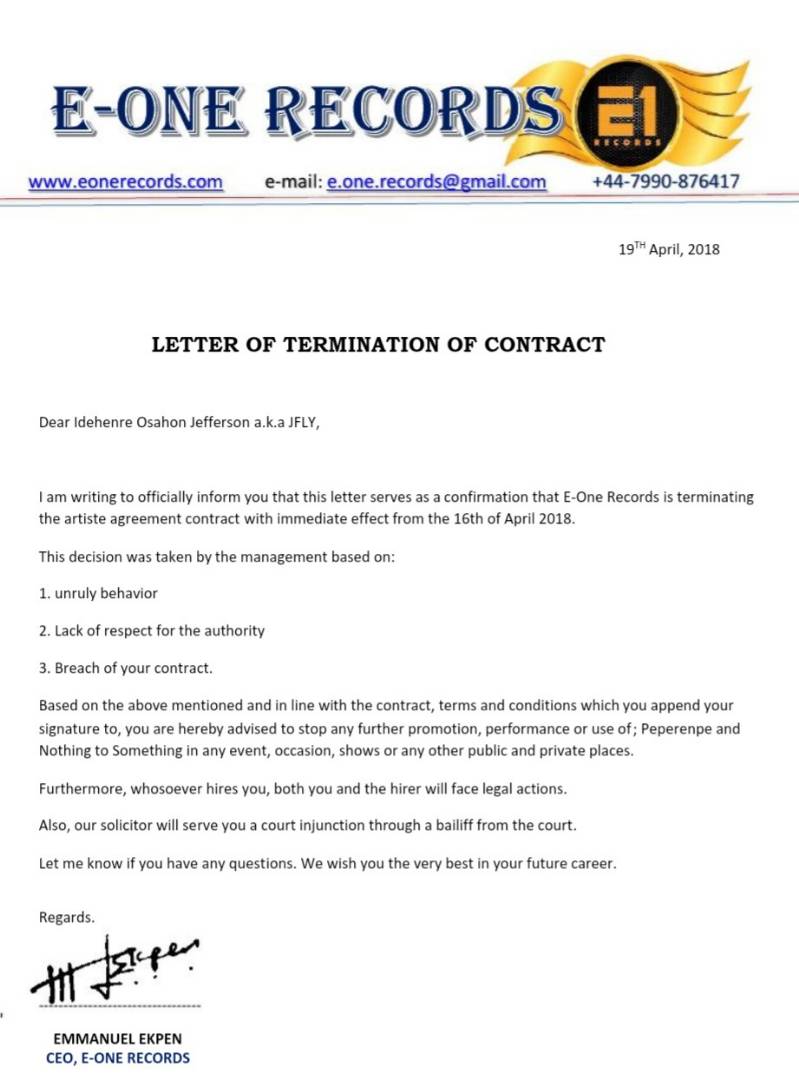 “Change your narratives by proving you are #NotTooYoungToRule" _ Benny Odumu Advice Nigerian Youths As He Endorse Hon. Davematics As Governor