Former Big Brother Naija Housemate, Ifu Ennada has revealed that her ex-boyfriend got married 3 weeks ago, and she hasn’t gotten over it.

According to her, she doesn’t have the balls to consider marriage anytime soon.

She wrote; “I like to look at the bride I was for this photoshoot, but I don’t think I have the balls to consider marriage anytime soon. Most people will never be faithful, the ones you love are usually the ones who hurt you the most.

“I still haven’t gotten over my Ex who got married 3wks ago… I didn’t see it coming. He was my best friend and confidante, but look what he did… A friend said I was asking after him in my sleep few days ago… I think I want to be like saint Paul, live for God and help as many people as I can. I want to be obsessed with being successful and helping others that I don’t think of falling in love ever again.”

“Love is beautIFU – the agape kind, the Jesus kind. The kind of love I want to show everyone around me, both foes and friends.”

She wrote: “My #WCW is @ceec_official for a number of reasons. We were not the closest of friends in the #Bbnaija house, but something about you stood out.

“I remember the times you wanted to tell me your story and how we could make a movie out of it. You said you had always gotten everything you wanted thanks to your awesome dad, but had some struggles that shaped you in certain ways. You never told me these things, but I could relate to you in some ways because of my past… I like how you’re out and doing big things. I like how you’re very warm and receptive.

“I like how you left all that happened in the house back there and you’re becoming the true definition of a Mighty Strong Woman. So many things could break a woman, but you stand strong and show no weakness.

“The other day you asked me if I still do my shutouts… Well, here’s one – Shout outs to your father, he’s your biggest cheerleader! He reminds me of my dad. Everyone should have a dad like yours. You’re a Beautiful CeeC and I wish you nothing but the best! Cheers, Ifu”. 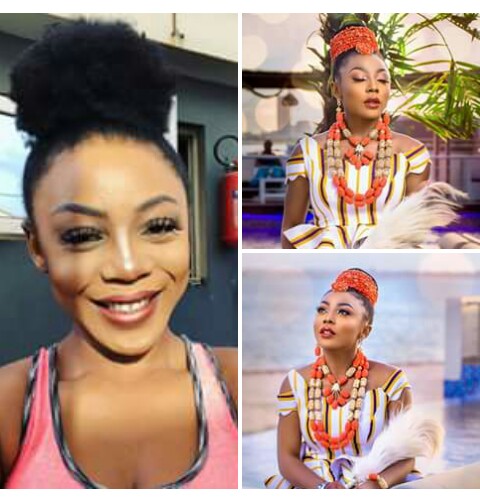 Wizkid’s ex, Sophie Alakija, survives a ghastly accident with her husband and 2 kids