In the early hours of a good Sunday morning like today, Gospel Gang Organizer and Brand Ambassador to Eden Kingdom Lounge KO Baba took to his Facebook timeline to express displeasure in the manner at which jokes originally performed by him and his friends are been used by other comedians without giving  proper credit to the original owners.

Comedians respect our jokes. It’s sad that Akpan Okon Comedian has a hit joke and now it’s becoming general. This morning at Salvation Ministries his God and respect for women joke was performed just as he complained bitterly to me yesterday, and today it’s been shared on a platform as global as Salvation Ministries, then you expect him to chop sand. Everyone who attends Gateway Church, was in JAS at House on the Rock or attended Jazz On my mind at Aztec Arcum will remember the weight on that joke when I feature perform with Akpan Okon and did just that one joke. In Talkaholic we task ourselves to create jokes monthly and we have built that culture whether it’s funny or not, but the long term benefits pays, that’s why they have grown their creativity. Last month I saw a skit with my joke, I didn’t bother because it’s me
Comedian JP had same experience as his Police joking was used for skit. In this business only close friends are permitted to use it each others joke, you either  acknowledge the source or take permission. You can use my jokes but leave the jokes of my proteges, the new kids on the block in this city and any of my crew member before I cause serious trouble for town. Just resist the temptation to be using other people’s intellectual property as careless and casual as we do. There is no 100% original comedian, but raising your bar will be very very essential. Please help me tag a comedian…… Thank you 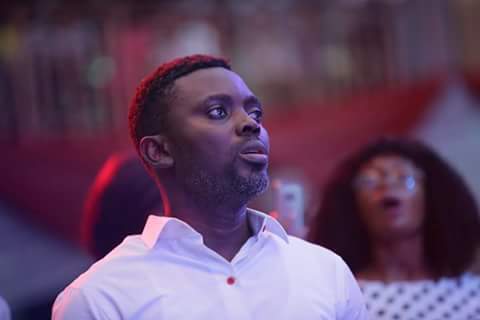