Port Harcourt based Celebrity Graphics Designer Benny Odumu has taken to his Facebook timeline to talk down on an event tagged “A Night With The Governor ” slated for today 19th-May-2018 at Port Harcourt Pleasure Park.

I’m his post Benny Condemned the Artwork that’s seen to have go viral, calling it a nonsense artwork. He further asked why Port Harcourt entertainers are not fully represented in the said event.

Oya get ready to unfriend me or block me,  and let my account balance reduce because of you.

I put it to you that Rivers State entertainment industry doesn’t have epilepsy but he dey shake,  some of the entertainers who are supposed to be talking about their industry is busy talking about Traffic Light and roundabout and joining Soot campaign that others have collected money and kept quite.

See we have almost a thousand and one professional graphic designers who pays fucking bills in this fucking State who can do a proper artwork that the Governor will be properly presented, and if we want to grow our own artiste it’s not by packing people from outside to crowd our own project.

I will advice who ever is doing this nonsense to promote your own first instead of looking down on them, I wish i know the organisers of this nonsense show i would have talked to you guys direct,  we have enough artist and comedian in the City of Rivers State who are always promoting and paying their dues, Lagos Government will not do this kind of nonsense and bring any idiot or nonsense artiste from your fucking State.

Government try and grow your own let outsiders come and invest in them,  and i know some of the lazy act in Port Harcourt will be begging for space to perform and give you the privilege to look down on them the more,  and i also know some of you in this artwork for are their for just peanut or a platform to showcase yourself as a meatpie in a show glass.

If entertainers don’t come together and speak with one voice this nonsense will cripple your industry and it will be increasing because many will come to live with the understanding that that’s how it’s supposed to be,  my dear Rivera State hate me or love me i have said my own.

This is a total nonsense, shit and fucked!
#BennyOdumu 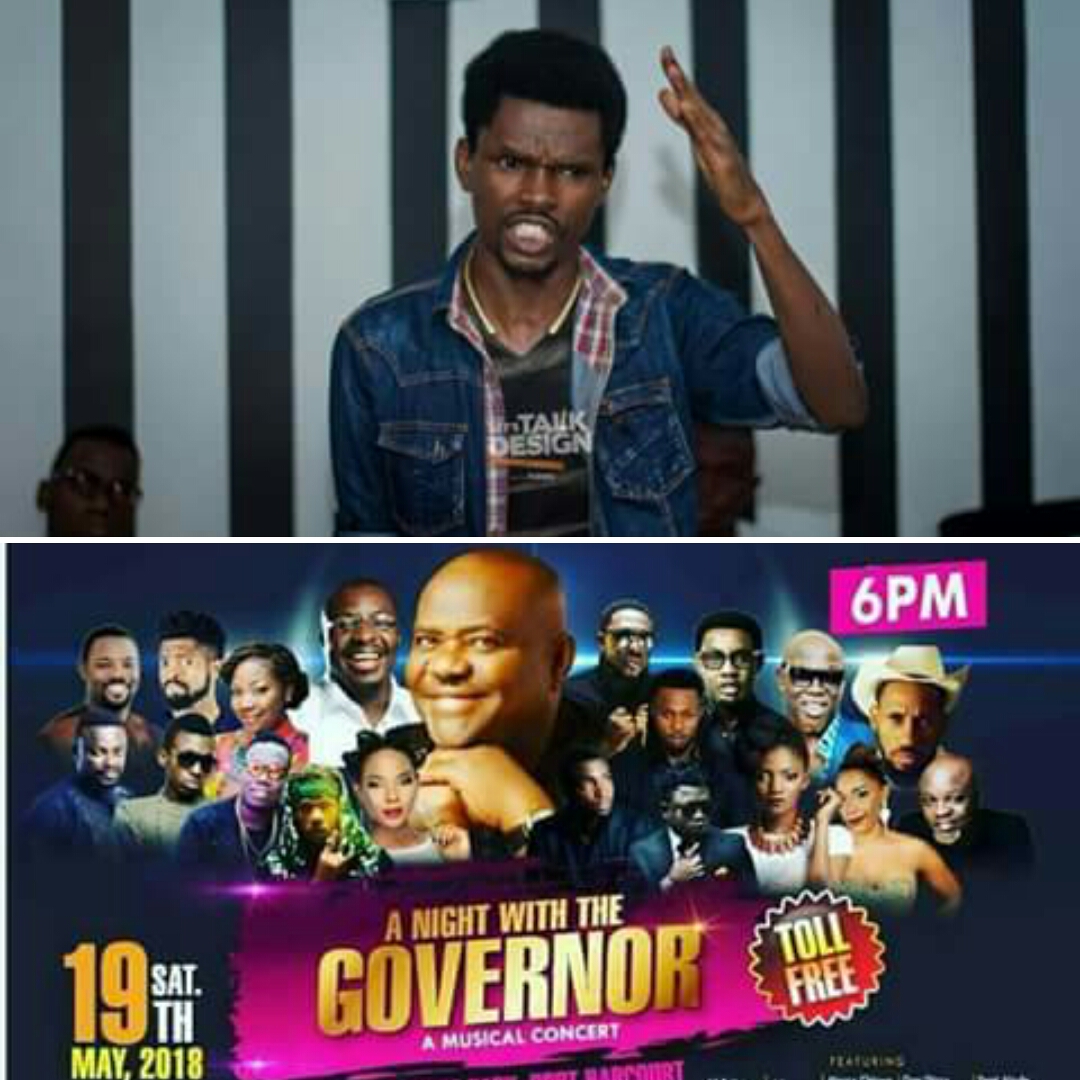