Has jungle justice reduced the level of crimes perpetuated in the society?_ Mhiz Sunday Onyinye Writes

JUNGLE JUSTICE  is the act of disregarding the rule of law and taking matters into one’s hands. Two wrongs can not make a right. NOT NOW, NOT EVER. At least every criminal in the law court is considered innocent till proven GUILTY. With the rate of jungle justice, it is feared that people will begin to see life as nothing to be preserved. Let me ask?

Has jungle justice reduced the level of crimes perpetuated in the society????  The answer is NO; IT NEVER WILL. 👌👌✌

JUNGLE JUSTICE reduces human life and dignity to ZERO and this is why some people can afford to call Africans barbarians. Burning and gruesomely degrading human beings is EVIL. PLEASE LETS END IT. 🙏🙏

The sadly amazing part of this barbaric act is that people seem to be entertained by it. And I’ve wondered, if we can have people around such scenes, taking pictures and making videos, why is it that hard to have people who would vehemently refuse the act being done. Perhaps they are scared of their own lives too. In some cases police & military personnel are involved & they act sluggishly over the matter, maybe because the person involved is not in any way related to them. 😭😭😭😭

As bad as anyone is, I’m sure if they knew better and had better opportunities they wouldn’t resort to doing things that have had others ruthlessly killed in public. 😿😿😿

The tragedy of JUNGLE JUSTICE is that it is always melted out to low – class offenders, petty thieves, at least most of the times. If jungle justice is the way to go, what happens to the corporate barbarians – politicians & government leaders who steals from the treasury and never get punished. What’s so ever it’s a double edged sword which affect the desperate common man who seem to have reached an elastic limit. 🤗🤗

While nothing excuses stealing or being a criminal there are still sane ways of addressing the matter. Every justice system knows the importance of the utilirianism of punishing people rather than the temptation of promoting the “eye for an eye” retributive justice, which does lesser good to the society. Offenders need to be punished so that they can change or at least be an example to someone else.😍😍

MIND YOU
A transformed criminal is the most efficient and practical Gospel anyone can preach or hear. 😍😍

THANKS AND GOD BLESS. 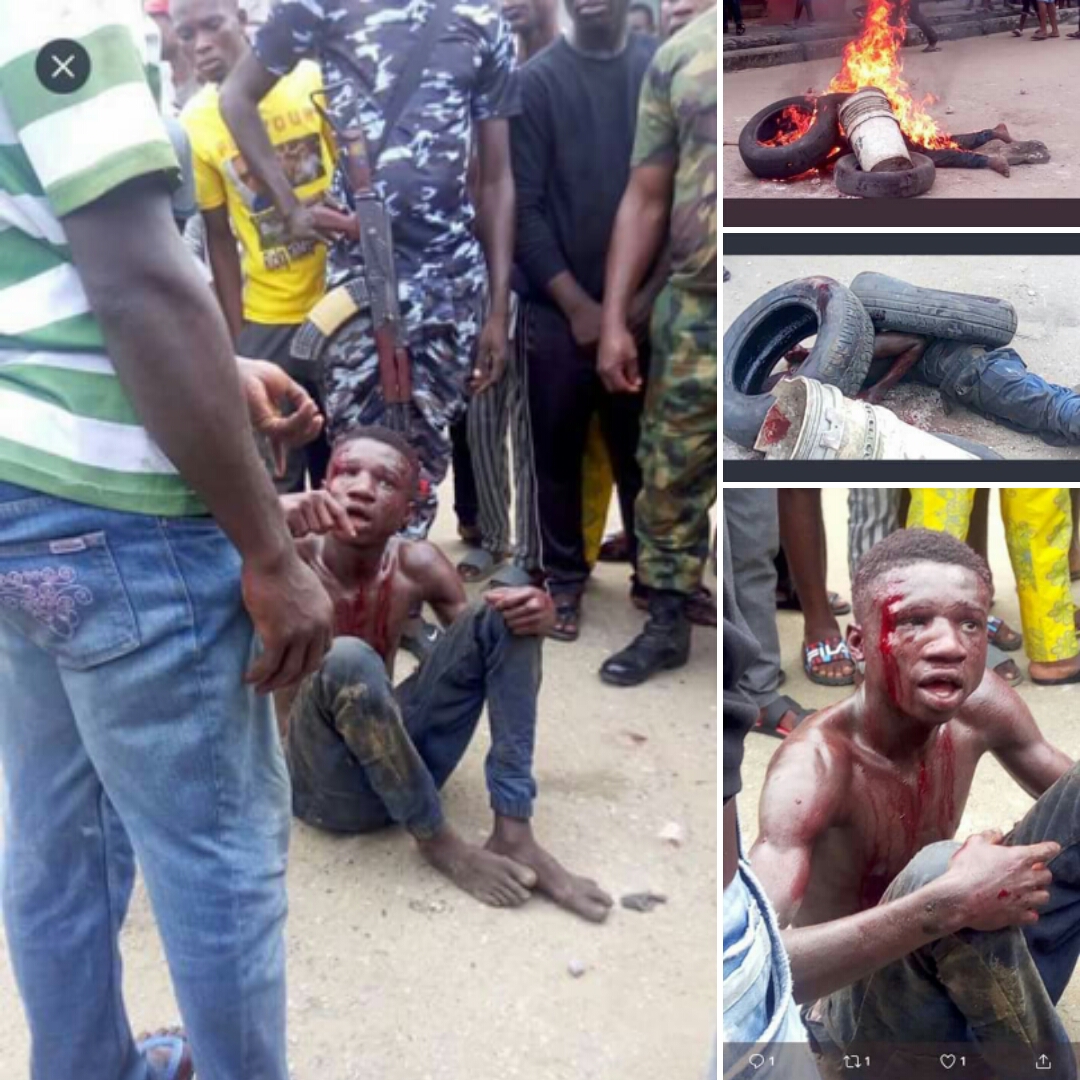 Comedian Angel D Laff Commend Hon.Chibuike Amaechi For His Tremendous Support To The Growth Of Entertainment In Rivers State When He Was Governor