Port Harcourt To The World(PHTTW), the leading brand ambassador for the city of Port Harcourt today announces a new date and venue for its *Guinness World Record* attempt.

“We are beyond thrilled to finally put a definite date and venue for arguably the biggest event in port Harcourt in the year 2018”, said Goodluck Azunwena(Founder, PHTTW).

With the plethora of challenges associated with organizing a world class event in this side of the world, we are excited to inform our partners, designers, volunteers, and the general public the most bureaucratic red tape has been cut and things are on set for a smooth sail.

The Viral Publicity and rousing reception for fashion Mob Public by the People of Port Harcourt  and its environs is not only encouraging, but deeply inspiring.

We urge Port Harcourt people to keep it up because nobody will celebrate us better than we celebrate ourselves.

FMP will undoubtedly put Port Harcourt once again on the map, and we know that without you, it will not be a reality.

Our city is our pride, our bride and our first love, and it is no coincidence that PHTTW is leading the charge to making Port Harcourt the envy of others.

Together, we will take Port Harcourt To The World.

You can also visit our website www.Portharcourttotheworld.com to register as a model, designer or volunteer, and also bring to us ideas you think would help facilitate this project. 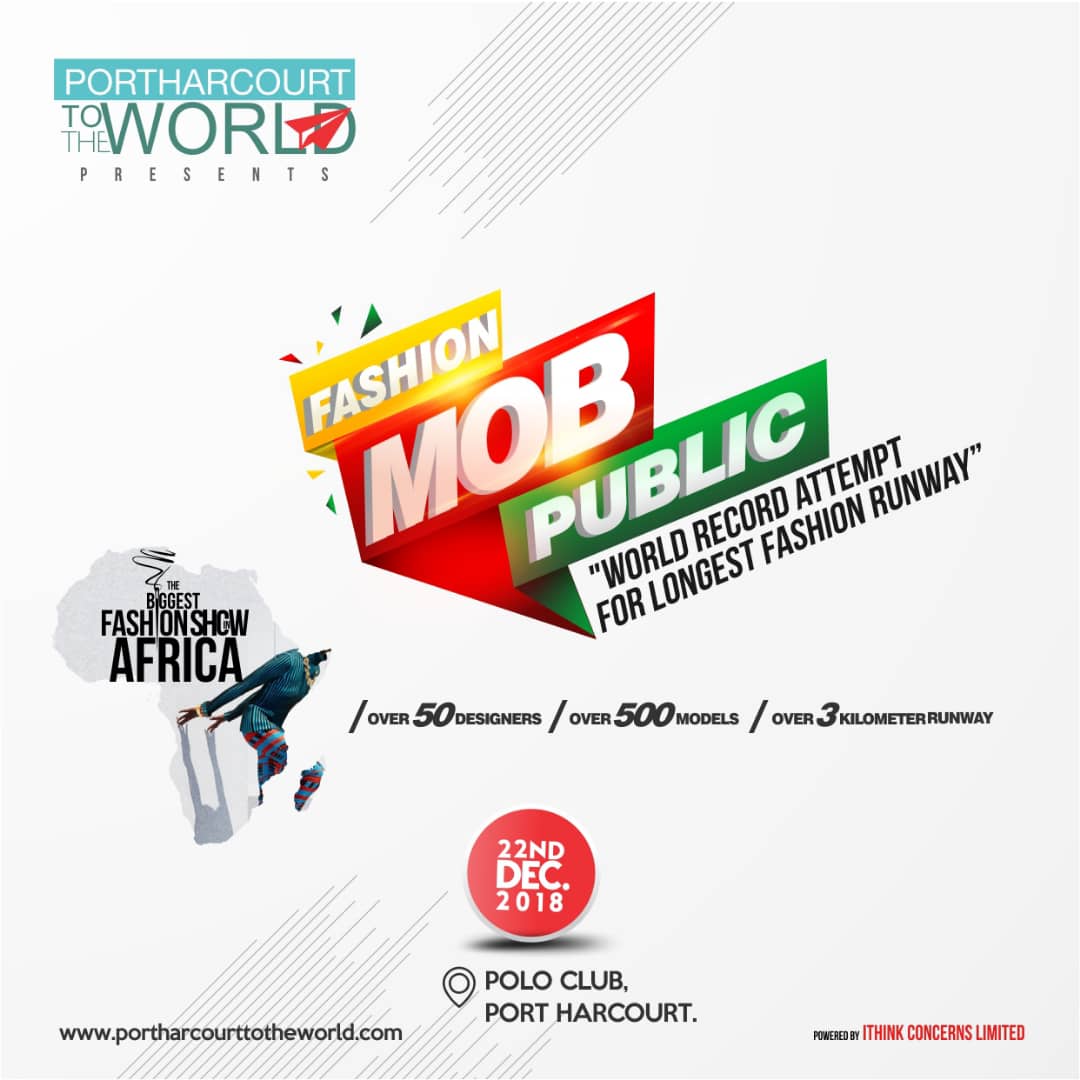