2019: I‘m afraid opposition has too much money — Buhari

President Muhammadu Buhari expressed fears yesterday that the opposition in the country has stupendous resources at its disposal in preparation for the 2019 elections which the ruling All Progressives Congress , APC, may not be able to match.

The President also said that the opposition elements were sponsoring mischief against his government in a bid to discredit him and make him unpopular.

In its immediate reaction however, the Peoples Democratic Party, PDP, said President Buhari should rather be afraid of his rejection by Nigerians who have made up their minds to throw him out in 2019 as a result of his failure in government.

President Buhari, in his speech, when the Buhari Media Organization, BMO, paid him a courtesy visit at the Presidential Villa, Abuja, sympathised with those who were supporting his government in view of the increasing opposition against him.

He however appreciated the efforts of members of the group who he said may have lost their friends for just supporting him, stressing that it was a great sacrifice they were making without financial rewards.

According to him, “I don’t think I can thank you enough for your steadfastness under very difficult circumstances. It is not easy to defend this administration and more in particular to defend me.

“But your consistency has given me a lot of confidence. And I know you are doing it as a sacrifice   not only in terms of physical or mental but material sacrifice.

“Because as I keep on saying, the opposition elements are now sitting on incredible resources which I am afraid we might not match at all. For that reason the opposition is sponsoring mischief from different angles which in spite of the incumbency of government we cannot absolutely stop.

“It is you who are fighting it and I cannot thank you enough for that. Most of the people I jailed have been given back all that they had taken before I was jailed”. The President then went on memory lane on the decision he took as a military head of state where he ordered the arrest, detention and prosecution of those who allegedly looted public funds, but also noted that those who were found not guilty were discharged. 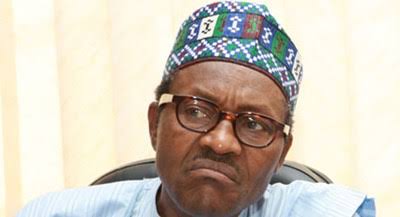