A quite lovely looking Hausa bride was all shades of happy recently after an American man came all the way from his country to marry her after converting to Islam.

The American citizen came all the way from the United States to wed his beautiful Hausa lover whom he has been dating online for 2 years without meeting in person, according to Arewa24News.

The report further revealed that the man landed in Abuja and headed to Kano to seal the union.

The man reportedly embraced Islam and had his name changed to Musa as he tied the knot traditionally last week in the presence of family and friends. 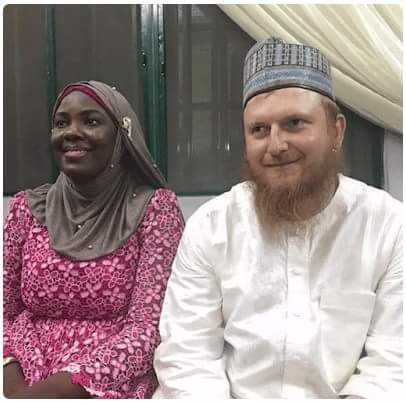