An Anambra based 17-year-old boy identified as Dominic Adiele has been gruesomely murdered after being severely beaten by his uncle and family over his inheritance.

Dominic who hails from Uzi-Ezike kindred Umuzu in Eziama-Ubulu was allegedly beaten up by his uncle, the wife and six children on Sunday, 27th May 2018 leading to his death at an undisclosed Hospital in Ihiala Anambra State on the 28th May 2018.

It was gathered that the uncle named Patrick, his wife and the eldest of their four children have been arrested by the Police.

Prior to this time, the family have fought over ancestral inheritances and it was revealed that Dominic’s father, Odinma Adiele, was allegedly killed in similar circumstance 15 years ago by the same Patrick.

The teenager’s death triggered an unpleasant reaction as his maternal relatives of Awo-idemili arrived Uziezike on the 29th May 2018 and in conjunction with the aggrieved locals – burned down the house of Patrick Adiele, and destroyed his economic trees. 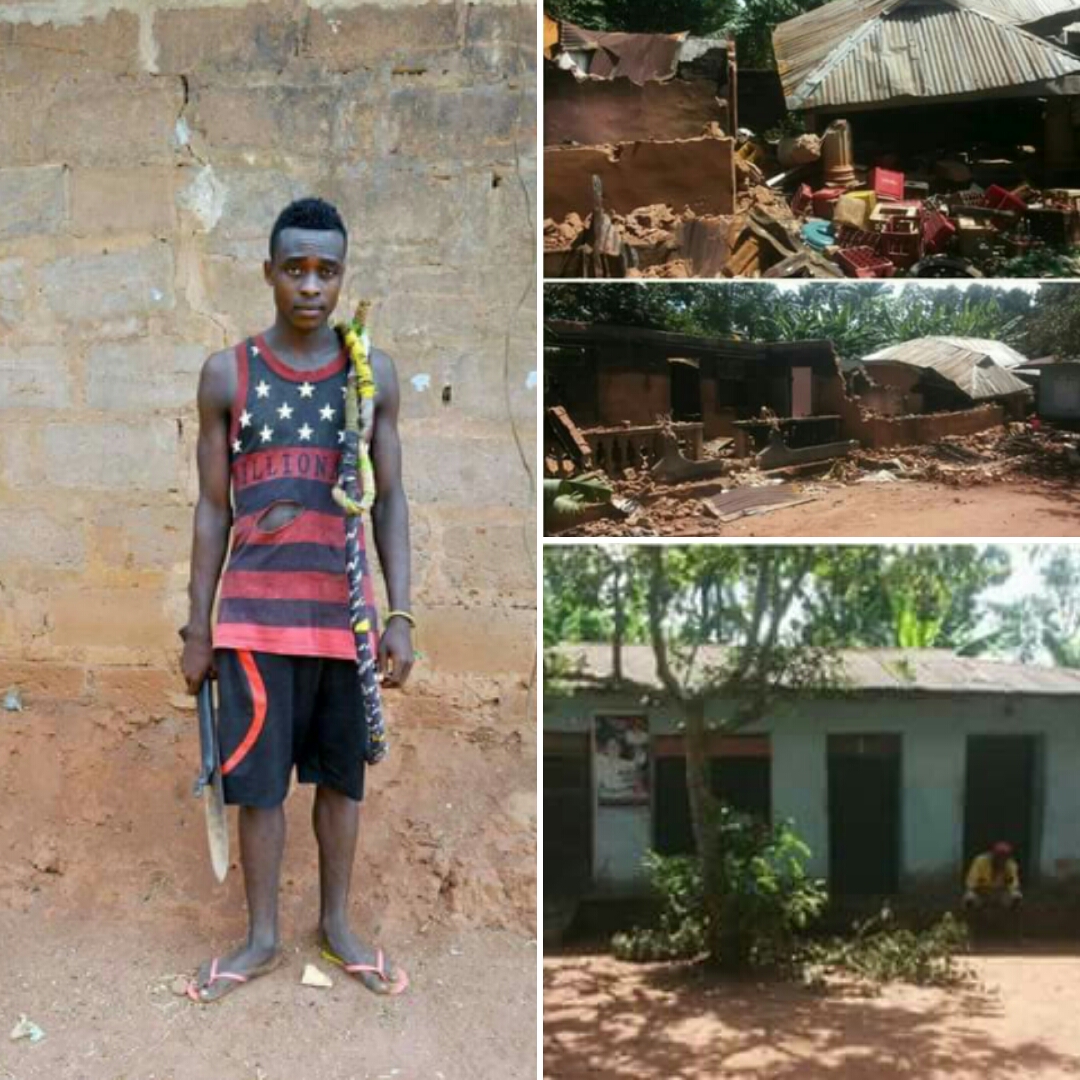