A married man, Olusola Simeon, has been ordered to be remanded at the Ilesa prison, for savagely battering his girlfriend, Fadahunsi Alaba, for visiting him unannounced at Agowande, Osogbo, Osun state.

Simeone was, on Tuesday, arraigned before an Osogbo Magistrate’s Court, for assault. Alaba was said to have, at about 9:15pm on July 2, 2018, moved her belongings to Simeon’s house, unannounced, and ran into his wife and kids.

Shocked by the discovery, Alaba reportedly expressed her anger and queried Simeon, stressing that he did not tell her that he is married, throughout their six-year relationship.

According to Jafani Muslim, the prosecutor, the suspect became furious that Alaba visited his house without informing him, a development that led to a quarrel and the battery.

Simeon pleaded guilty to assault and was immediately convicted by the Magistrate, Awodele Adedoyin, who ordered that he be remanded in Ilesha prison custody till August 3, when the court will sentence him. 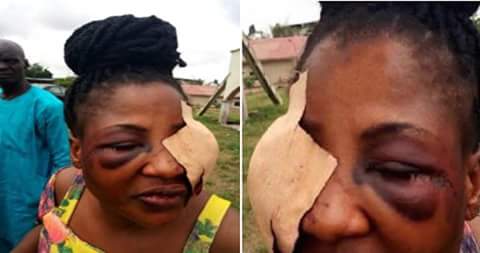 Plus-sized Nollywood actress, Ifeoma says she can finish 2 cartons of beer in a day