Before I define who a real hype man is, I want acknowledge one hype man whose kept his hustle real beyond the Port Harcourt Entertainment Scene, and That’s our very own undisputed Hype Man Jerry. Thanks for hyping PHCity to the world bro.

Back the the matter, According to Wikipedia A hype man in hip hop music and rapping is a backup rapper and/or singer who supports the primary rappers with exclamations and interjections, and who attempts to increase the audience’s excitement with call-and-response chants”

So basically a hype man grooms the audience and keeps them interested in the artiste. He makes sure the artiste is performing to a high energy crowd. He might lead the crowd by raving them up with chants or dancing as the case may demand. Think of how turned up you feel when you hear Lil Jon roar, or when DJ Khalid yells “We the best”.

A performing artiste might think the role of a hype man is not a necessary one until they meet a dead crowd like the ones in Minna or an angry crowd like those in Warri, not forgetting our own Port Harcourt Flexing audience who can not even clap for a performing art.

When next you see your favorite act performing, check it, there should be a second guy jumping around on stage and backing up the artistes punchlines, and in Port Harcourt I respect my man Damiete Lawrence aka Loxxy for keeping it real. You may ask who this guy is, ask no more; he’s the hype man. Its an actual job.

Going by this simple definition, I will humble request that those Port Harcourt Bloggers and DJ who call them self Hype Men should pls stop. Not every MC is a hype man likewise not every DJ should be called a hype man.

A hype man should be able to spit lyrical vibes that would inform and Entertain his or her audience. I will end this lecture here with a simple tax, Mention you Top Hype Men In Port Harcourt. #YoungEndysBlog 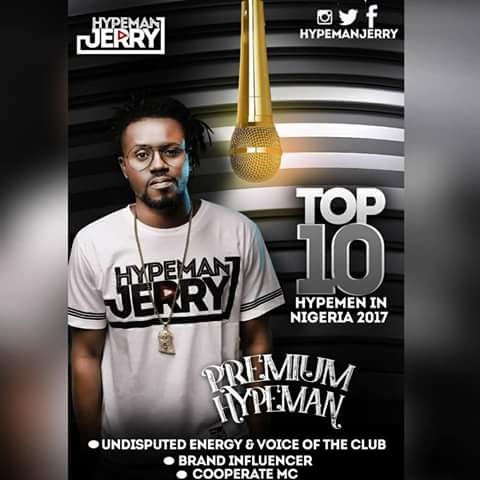 Hype Man Jerry Goes Head On With The C.E.O of #PortHarcourtHowties at the Ediz Wine Bar Yesterday After He Made His #10,000 Donation To Have #GMA2018 Published On @instablog9ja.