“It’s only in port Harcourt a photographer will ask an Editorial/Super Model to pay for a shoot done base on partnership to upgrade both brands, even when the photos were not edited by him” Brianna Kalango Respond To Young Endy's Post

So hours after my Facebook post about Lagos based Photographer Ochuko King Threatening to file a lawsuit against Super Model Brianna Kalango after she published photos taken by the photographer with according credits to him nor paying him, below is Brianna’s response to my post. Please read and tell me what you think; (www.youngendysblog.com)

“Have been so busy this passed days to reply this.. had got calls from my love once partaking this issues. The thing is have come to conclusion that most people think the brand #briannaconcept is handled by me. 🤣 I also have a total understanding that they also think I don’t know what my benefits are as a commercial/Editorial Model. As an Editorial Model/ super Model it’s a right and a benefit to work partnership with professional photographers with their different concepts and creative ideas, which can be in stated agreement between the photographer and the Model.  Which either the Model would be pay for as an advert or for a contract deal. It’s only a port harcourt photographer that I have seen that is ask an Editorial Model to pay for a shoot done by partnership to upgrade both brands, even after the photos were not edited by him. He should bring out his own stated flat that those photos were based on payment agreement.” #YoungEndysBlog 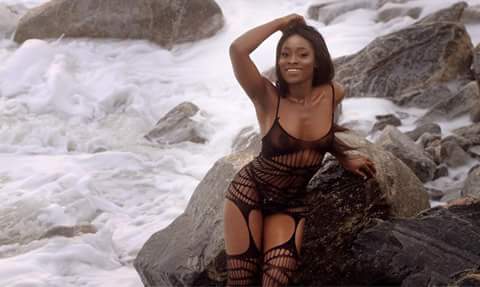