So I followed trend on recent threats from Lagos based Port Harcourt Photographer yesterday after he threatened to file a law suit against Super Model Brian Kalanga for publishing her recent photos from a shoot directed by thesame photographer Ochuko King (@ochukokingphotography).

From my findings, you could recall that Super Model Briana requested the service of a photographer based in Lagos on social media, and Ochuko King way contacted for the shoot. With no price attached to the shoot, Briana according to her manager Macjones Olika took care of logistics for the shoot which includes Paid Taxi, Location, Feeding, etc.

“Days after the shoot, Briana request for the photos only for the photographer that he be paid before he would edit the pictures” Macjones (chestking) told Young Endy .

However, from screenshots of chats between both parties, Briana tried contacting Ochuko so they could reach an agreement on the payment. But according to Briana’s manager, they reached an agreed that raw images can be sent to the model without payment.

How come the photographer is now threatening law suit on Briana after she must have paid someone to edit the raw photos he sent to her?

Photographer Ochoko reposting a photo from Briana’s Instagram page, requested that the photos be taken down. “ Brianna! Please pull these images down. Stop Publishing images you’ve NOT PAID FOR. And you won’t even credit the Photographer… I’m going to take legal actions, I have been civil. If you don’t want to pay please say so and give credits to the Photographer.” He said.

In Response to his post, Briana’s manager however challenged photographer Ochuko to file his law suit. Stating clearly that he (the photographer) can not be given credit for images he did not edit, neither can the editor take credit for an image he did not capture.

What’s your take considering the fact that logistics where taken care of by the model without any formal agreement for payment to be made after the photo shoot? #YoungEndysBlog 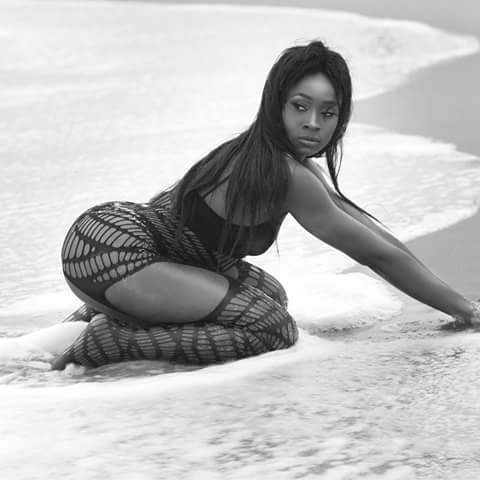 “It’s only in port Harcourt a photographer will ask an Editorial/Super Model to pay for a shoot done base on partnership to upgrade both brands, even when the photos were not edited by him” Brianna Kalango Respond To Young Endy's Post