BELOW IS THE FULL TEXT OF THE PRESS CONFERENCE BY THE ALL PROGRESSIVES CONGRESS, RIVERS STATE CHAPTER HELD AT THE STATE PARTY SECRETARIAT, NO. 63 PORT HARCOURT-ABA EXPRESSWAY BY GARRISON ON MONDAY, 20TH AUGUST, 2018.

“My beloved Rivers people; following a critical appraisal of the PHALGA Constituency 3 bye-election of Saturday, August 18, 2018 the Rivers State Chapter of All Progressives Congress, APC, has arrived at some incontrovertible facts about the deliberate actions of Governor Nyesom Wike, Rivers State Government officials, PDP and the Independent National Electoral Commission all aimed at scuttling the bye-election.

1. Some hours after the voting process commenced across the 142 units of the constituency, words came out through the agents of both parties that the APC candidate was winning comfortably in most of the units. No sooner the information was given to Gov. Nyesom Wike than he mobilised his Chief Security Officer, Mr. Promise Nwosu who led fully armed officers and men of the Nigeria Police attached to Government House Port Harcourt to invade various polling units to forcefully disrupt an otherwise peaceful exercise for the purpose of rigging the process in favour of the PDP candidate. In the course of that intervention, several shots were fired to intimidate both voters and election officials.

2. However, it was encouraging to observe that despite the massive violence orchestrated by the team of policemen led by Gov Wikes CSO, most of the voters in the constituency stood their ground and resisted the spate of shootings, assault, battery and intimidation by the armed policemen from Government House led by the CSO.

3. Having failed to substantially cow the voters especially APC members among them due to their stoic and resolute determination, Gov. Wike reached out to the State Chairman of All Progressives Congress, APC, Hon. Ojukaye Flag-Amachree pleading to have the Chairmans cooperation and in return get the sum of N200 million bribe from him (the governor). Hon. Flag-Amachree declined the bribe and promptly reported to the leadership of the APC.

4. In a failed mission to bribe Hon. Flag-Amachree, Gov. Wike and his CSO became more determined to scuttle the bye-election by joining forces with their armed hoodlums to shoot sporadically around the polling stations they visited, beating lawful voters and in some cases either destroying or carting away voting materials. It appeared that from that moment the governor decided to undertake a smear campaign against Hon. Ojukaye Flag-Amachree as demonstrated in his subsequent broadcast and interviews.

5. Gov. Nyesom Wikes state broadcast hours after the bye-election was generously laced with despicable white lies against Hon. Ojukaye Flag-Amachree, the APC and the police especially F-SARS and its commander, Akin Fakorede. These blatant lies did not come to many as a surprise as it is typical of the governor to lie without conscience and not considering the very high office he accidentally occupies. But like it is said: If you give a big office to a small man he will ultimately reduce it to his size.

6. It is a well-known fact that Gov. Wike has all the Electoral Officers (EOs) in Rivers State INEC on his payroll with the purpose of compromising the 2019 elections in advance. He has been paying a monthly sum between N1m to N3m to the various officers depending on rank. This seems to have already started yielding result for him. Gov. Wike also have pencilled down key security agents to compromise and partner with, to rig elections up to and including the 2019 elections. Unfortunately for him, a handful of the security people have rebuffed his entreaties.

7. We in APC are not surprised that INEC and Gov. Wike are working hand-in-gloves to rig elections in Rivers State. We believe that the recruitment and posting of a confessed PDP apologist and virulent critic of the President Buhari government, Mr.Obo Effanga is beyond mere accident. The highly convoluted memo suspending the bye-election further attests to the fact of a well-entrenched bias on the part of the INEC REC. The following link is an op-ed in the Punch newspaper of May 30, 2016 titled: The Change government one year after by Mr. Obo Effanga before he was mysteriously employed and posted to Rivers State as Resident Electoral Commissioner:  https://punchng.com/change-government-one-year/

8. Everything Gov. Wike has started doing now is taken from his old script that led to the killing of over a thousand APC members across Rivers State before, during and after the 2015 general elections. It continued to the rerun elections that took place in the State.

9. Gov. Wike lies without conscience. He accused the F-SARS under its Rivers State Commander, Mr. Akin Fakorede, of meddling in the bye-election. This is a horrendous lie taken from the pit of hell. In fact, as the governor was looking into the eyes of Rivers people and lying to them against F-SARS, Akin Fakorede was in faraway Abuja where all F-SARS Commanders in Nigeria were in a conference with the Inspector-General of Police. Akin was nowhere near Rivers State days before and on the bye-election day in question.

10. We believe that INEC is quite informed about the scope and dimensions of its powers with regard to conduct of elections. We call on the Commission to immediately conclude the process by announcing the winner of the bye-election without further delay. Results collated by the APC Situation Room from APC agents at the 142 units of PHALGA Constituency 3 indicate that the APC candidate was leading comfortably. INEC has no other option than to announce the results immediately or meet our party in court. It does not lie in the hands of INEC to determine the outcome of elections; it is for INEC to announce the outcome of elections as determined by the people.

We must state clearly that we have heard the voices of Rivers people on Saturday, our assurances are with them as a party: to kick out Gov. Wike led corrupt government that has left our beloved state in darkness. In our partnership to kick Wike out of Government House come 2019, it is our pledge to do all we can with the help of God that no life will be lost.

Once more we say thank you to the good people of Rivers State and God bless you all. 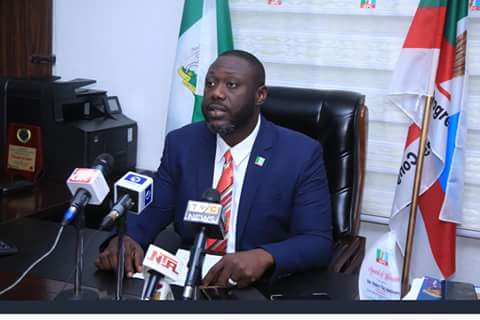 Revealed; Why Duncan Mighty Slapped The CEO Of Laser Pictures During His Video Shoot With Davido