Revealed; Why Duncan Mighty Slapped The CEO Of Laser Pictures During His Video Shoot With Davido

In a private chat with the CEO of Laser Pictures after I got an exclusive tip-off from one of my industry girlfriends, Godman reveled that he is yet to understand why he got Slapped by Duncan Mighty last week.

Disclosing to me that he was surprise when he saw Duncan Mighty “Dragging” his camera from his girl who was taken behind the scene shots during the video shoot, “I had No Option than to walk up to him with all humility, demanding for my camera” Godman Revealed.

“ Sorry Sir How can I get my Camera Back, it was my girl that snapped your Guys” Godman said he asked Duncan before showing him his Press Identity card. But his reply was a well refined slap on his face, and his camera seized till the next day.

Stating that he still does not understand why his camera was seized in the first place, Godman also confirmed to me that there where no restriction of cameras because people where taking videos and pictures with iPhone’s and cameras, “Why then was my case different ” he asked.

Well as #MrControversial I no go fit answer him questions, but I will say sorry for the Slap Bro, Next Time Your For Wear Face Guard. 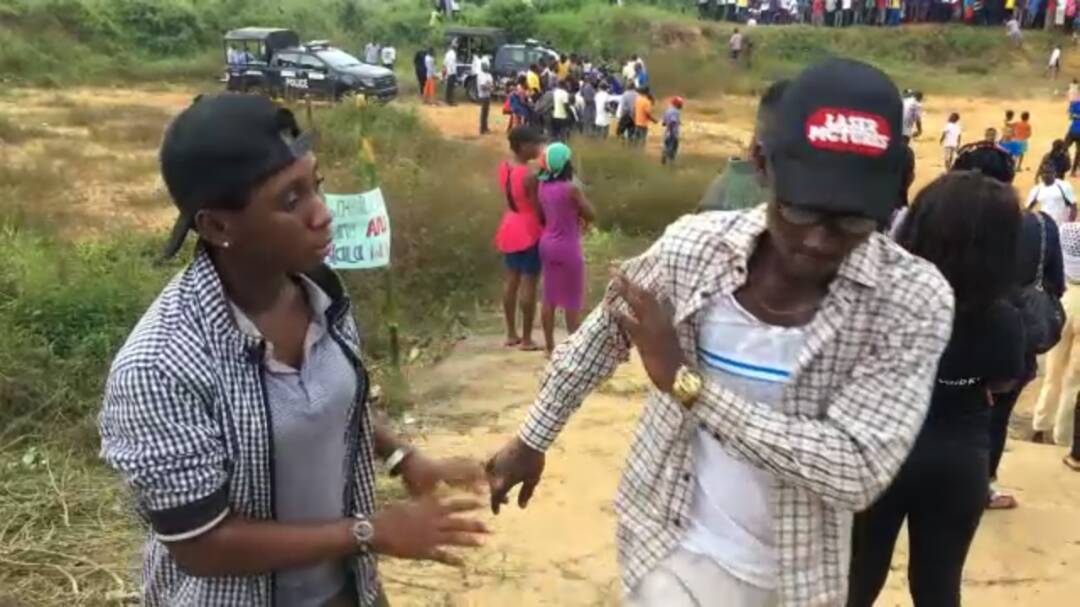 With Just #1,000 You Can Be The Owner Of A Brand New Car In The Maiden Edition Of Dance 2 Fame 2018 Powered By African Movie Net & Mediaworks