How Datta Medical Center Allegedly Watched A Young Man Bleed To Death In Port Harcourt Because Of 25k Deposit.

With trending reactions from Port Harcourt social media users on the sudden death of one Mr. Progress Dennis who died on Monday 17th December after he was attacked by hoodlums along Artillery area in Rivers State, Fingers have been pointed at Datta Medical Center For Allegedly Watching the Young Man Bleed To Death.

According to reports, the victim was rushed to the nearby hospital, which is Datta Medical Center but the hospital requested for a deposit of N25,000 to commence their service of which N30,000 was transferred into their account. Rather than commence treatment, they insisted on getting confirmation text for transfer made first, it was on the process of delay the 39 year-old Mr. Progress Dennis gave up the ghost.

According  to a co-blogger who visited the hospital this morning,  operations are on going in the hospital as the 39 years old Dennis is being laid to rest today.

Is this what we get from an institution that’s supposed to safe life’s??? #JusticeForProgress
Photo Credit: Believeall.com 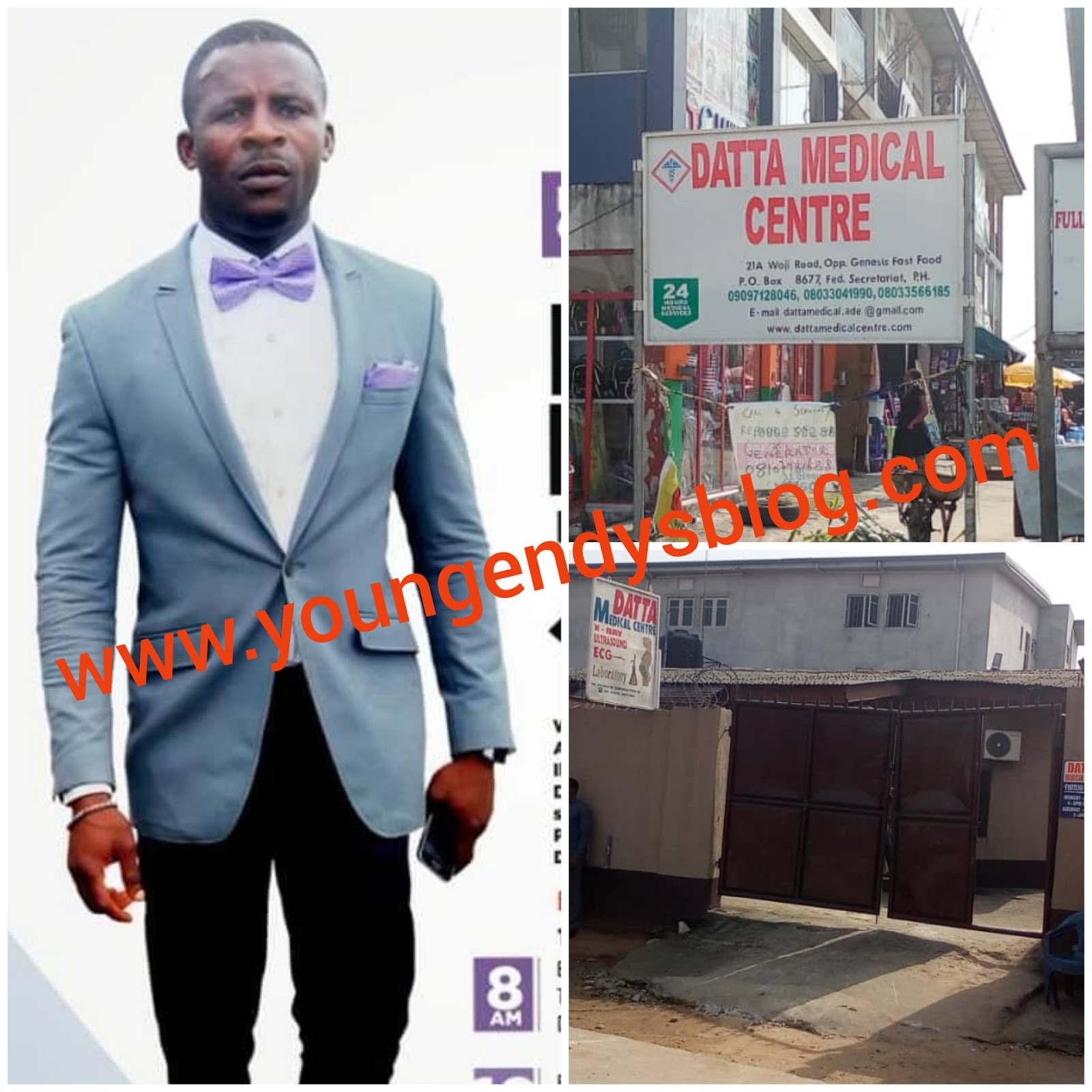