Converner for Fashion Mob Public and C.E.O of Port Harcourt To The World this evening announced the official postponement of the Guinness World Record Attempt Event Which Was Slatted For 22nd December, Due To Lack Of Financial Support.

Below Is The Official Press Statement As Signed By The C.E.O

The world record attempt slated to hold on the 22nd of December 2018 has now been postponed, Details of the new date will be announced shortly.

We are deeply sorry for the inconvenience this shift in date will and has caused all our partners, models, volunteers, supporters, and you.

The date shift was due to circumstances beyond our control. After adequate consultation, modalities have now been put in place to achieve a bigger and better World Record Event in the coming weeks.

Highlighted below are some key factors that necessitated the shift in date.

Funding:
Inadequate funds have played a major role in the date shift as some marque milestones cannot be reached before the originally slated date. With more financial sponsors and partners set to come in the coming weeks, it is only ideal we have a date shift.

International Partners:
In response to appeals from our international partners, whose impact would be of great effect and value to the event, a shift in date would only give them adequate time to make more input in achieving an elaborate event.

3) Our Goal is to take Port Harcourt to the world, and achieving a world record attempt with a small section of the public would not effectively aid our cause. Therefore, a shift in date gives an opportunity to more stakeholders and also relevant Government Agencies to respond to our long pending appeals.

Finally, we are calling on citizens of Port Harcourt  to turn out en masse to support all events listed in our December calendar, starting with @LaviDa (Festival Of Colours) this weekend.

We want to say a very big Thank you to everyone for your unwavering and indefatigable support, and also apologize for all the inconvenience this has cost us all.

We look forward to seeing you in a few weeks as we break the World Record together! 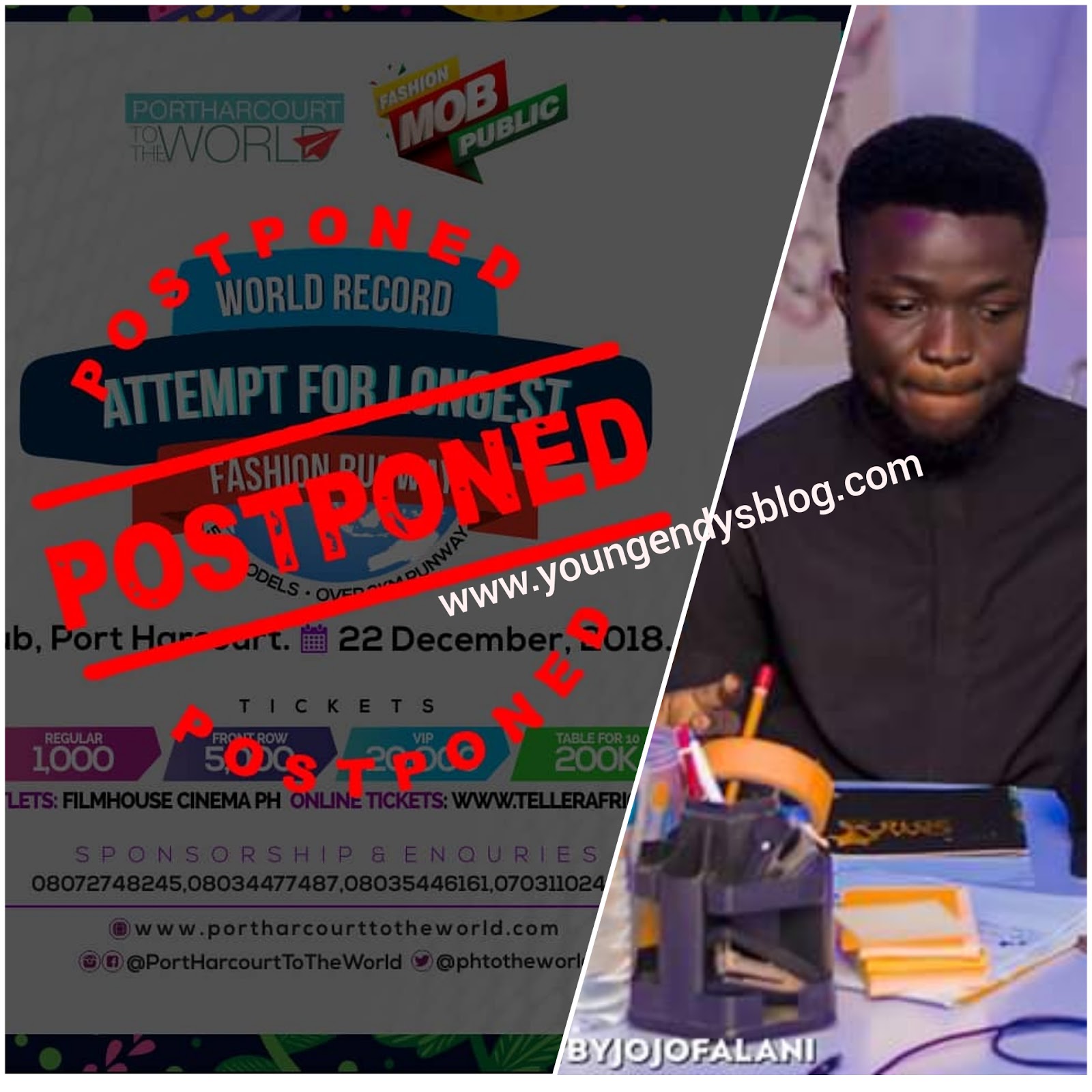