Here’s an amazing picture of the family of five who went viral after their condition (madness) was brought to the notice of the public by a former National Youth Service Corps (NYSC) member, Progress Oberiko.

The husband named Ben, his wife and three kids for over seven years – roamed the streets of Bekwarra-Ogoja, Cross River State due to their condition.

With support from philanthropist and prompt response from the medical team at the Federal Neuro Psychiatric hospital in Calabar, the family are on their way to full recovery.

According to reports, doctors say it was really a tough time getting them to accept treatments. The doctors met strong resistance from them as they refused to accept food or care of any sort. They wouldn’t even speak to anyone.

There was breakthrough at some point after several medical checks on the children doctors reported that they were even healthier than they thought.

They had lived in delusion, which had cost them a great part of their lives but their lives have taken a turn for the better. 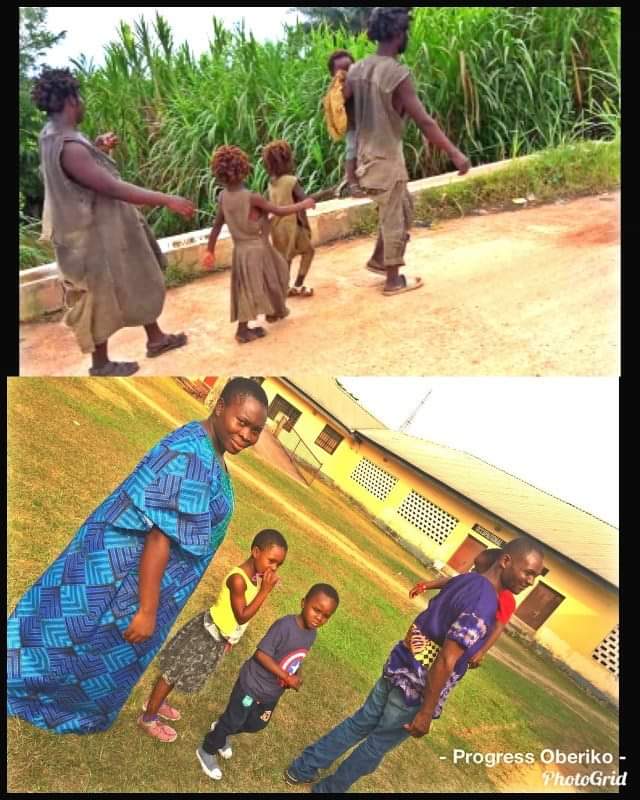 “The bigger, the better” as man weds his beautiful plus-sized bride