Ghanaian rapper Sarkodie has made some stark revelations about his childhood regarding an ill-treatment he had from his guardian.

Speaking on Hit FM’s This Is Gospel with Franky 5 on Sunday, he reveals how God pulled him from grass to grace, stressing that he did not have life on a silver platter when he was young.
He said his father took him to live with an elderly woman in Achimota who abused him. By then he did not know his biological mother. “I spent a lot of my life at Mile 7…those were some dark times for me…I went through a whole lot…I didn’t know where my mum was and I didn’t know where my dad was…Dad took me to the woman to stay with her,” he said.
“We were like seven people living in a small room. The maltreatment, as a child I think if you were living with your mum, this won’t be the situation…But I did survive that and that made me who I am,” he added.
The ‘Can’t Let You Go’ hit maker said, the treatment at home was so bad that he wished to stay in school even after closing.
“I used to panic when I heard the closing bell from school. I wished school would just go through on to the next day,” he told Franky 5.
On the show, Sarkodie said he never set his eyes on his biological mother until he was in junior secondary school.
He further noted all the bad experiences he had during his stay with the guardian influenced a song he released in 2014 titled ‘Mile 7’.
“People who know Sarkodie know a song called ‘Mile 7 saga’ which was a situation that happened in Mile 7. God bless whoever I was living with at that time because I think she didn’t know better…These are times that people could take their lives,” he said.
Sarkodie in most of his songs, also talk about the tough times he went through while growing up. 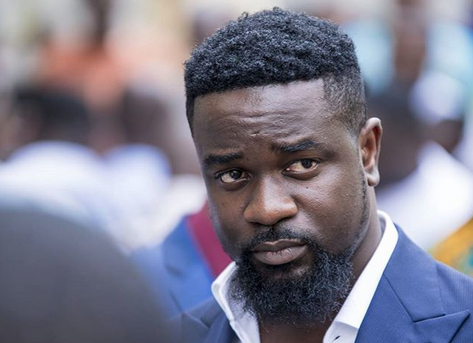