This is a must read.

“HOW I MET THE CHILD OF DESTINY

I met Hon. Davematics David E Ombugadu when he came to Rivers State to serve his father’s land, that was where our part crossed, He said to me then, Master i want to learn Graphics Design and be like you, when i hear something like this, my reply is always, YOU will be better than me in your own version, trust me when it comes to teaching or giving i don’t hold it back, i carried him along, while he was learning and getting jobs i still design for him to enable him get the jobs faster, all these was happening in #10 Udi Street in mile one diobu where i still have the office running till date, then he look at me and gave me his own personal name which he still calls me till today “Benosky Benosky” he must always call it twice, i knew it was because of what he has gotten through me that period, (Many Youth has taken from me and i bet they will read this and smile because i came to deliver) Find out the meaning of EBINIPERE you will understand why if you come close you must take something if your heart is open.

Fast Forward to a time when we were all traveling to Enugu for the wedding of our BiG Uncle Austin Achimugu then Uncle Dave as i fondly called him till NOW! Because i am struggle to call him Honourable reason why i don’t know, but calling him Uncle Dave always remind me of how we started way back, on our way coming back from the wedding Uncle Dave told me he will be contesting for House of Reps in his place Nasarawa State, i burst into laugh for like through out the journey because it sounded like a joke, because then all we do is to look for job to do and get money, you telling me you want to contest for Election in Nigeria with this LEVEL how? i ignored him, but this Uncle Dave always disturbing like my boy then “My boss that thing wey i tell you i mean am o” the disturbance was becoming too much so i started thinking towards that direction too, then i told him to get me a picture let’s do the poster, he went and brought a passport, i was like you see why i said you like to joke “Na passport we go carry do poster? But as a graphic designer this Uncle Dave had a strong believe in ME and me craft be he was also an artist who can draw for africa and produced handmade cards, he said boss i know what you can do, as he said that something stroked in my mind graphically, then i took the passport removed his head and edited the part water has touched badly and look for a better black suit and fix the head with photoshop he smiled and said “I think i tell you Benosky Benosky”

So we printed poster in Diobu with a Party called CPC i was like which kind party be this na? i never knew it was not a party thing it was a destiny, so wew started the journey, one thing i have come to believe in Uncle Dave is that he is a child of destiny, when he went to contest, then it was for their zone to produced a Representative so our hashtag then was #TheTimeHasCome he went their timely and became the Member Representing the Good people of Akwanga, Wamba and Nasarawa Eggon Federal Constituency, then he delivered in the dividend of Democracy so his people held him to high esteem.

I paid him as visit in Abuja one faithful day because for a while since he became, He was no longer reachable because he became too business for people like us, i understand it’s normal because of LEVELS it comes with soo much pressure, when i knew the time is right for me to go see him i went, fast forward to another visit then he came again with another vision whose time has come he said “Benosky Benosky” i am going to become the GOVERNOR OF NASARAWA STATE in 2019, i knew and joke didn’t come into my mind at all, I dey mad not to believe, when i knew how the first one happened, my reply to him was “Uncle Dave” it’s a done deal.

He said the future of my people is in my hands and i won’t disappoint them, then we started with the hashtag #TheFutureIsNow and again this time the Governorship has falling to his zone again just like the REPs, see how God is working APC brought Engr. A. A. Sule who is not even from Nasarawa State at all, not to talk of being in the Zone where it has landed, so A. A. Sule is not for the People of Nasarawa State, i heard the people of Nasarawa State are calling him an Imposter, A. A. Sule comot body it’s not your time, But Labaran Maku (APGA) his from the same Zone with Uncle Dave who is the now PDP Governorship Candidate, but where Labaran Maku has failed is that he has been in leadership position for over 20years and nothing to write home about, but Uncle Dave came in for just 8year and deliver, making impact, touching lives and going places!

Now he is the man the heart of Nasarawa beats for!
#IStandWithOmbugadu for a #NewNasarawaStateOfPossibilities #InGodWeTrust” 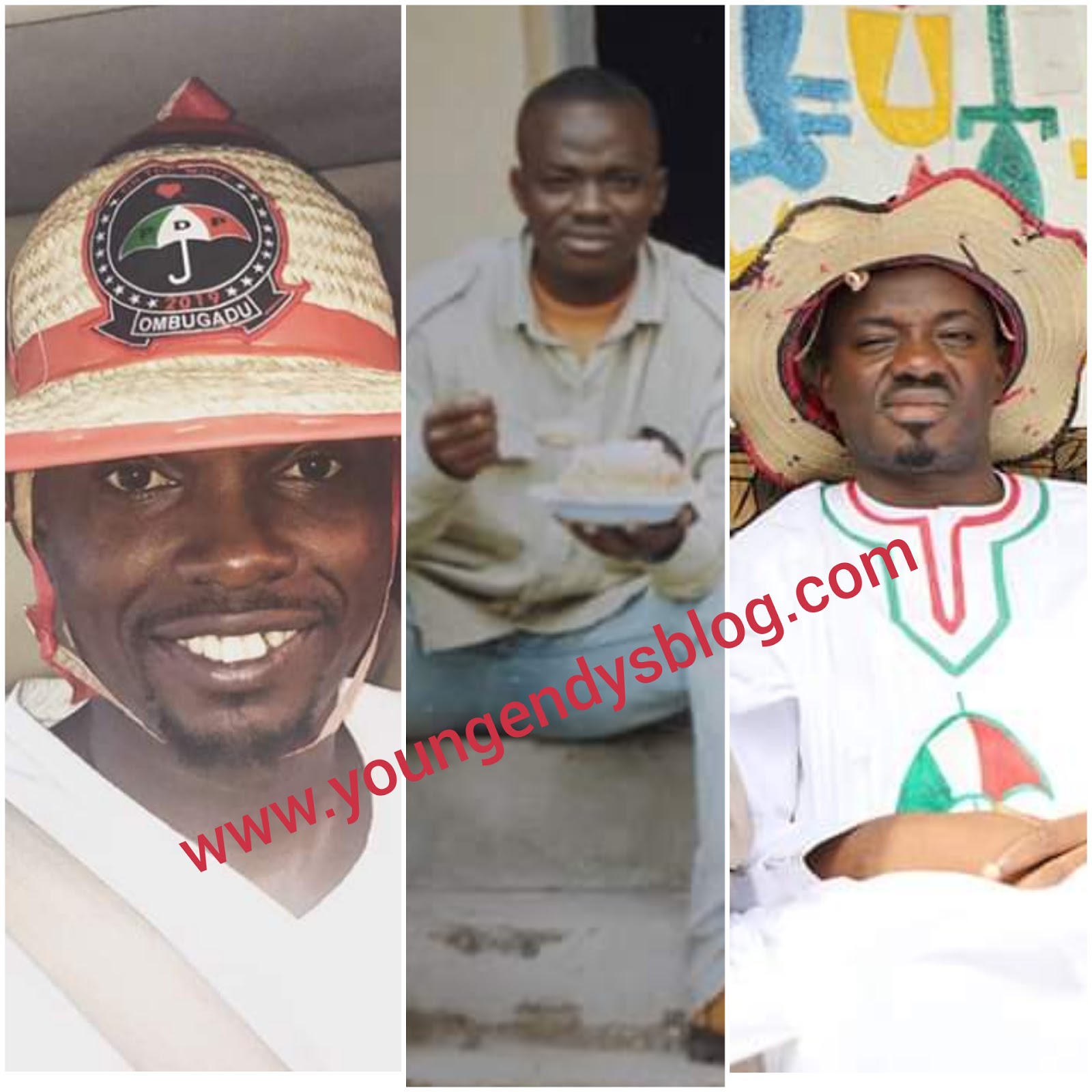