The “Most Valuable Grand Daddy”, Haven been in the creative, media and entertainment business for over 15years, and developed several talents, Isaac Utere popular for his unique scenically hand crafted stage backdrops and set designs has added yet another feather to his ever growing wings.
Isaac Utere made the announcement of his new portfolio as the Managing Director of Cadilly Entertainment Limited in a Press Conference held at the Rivers State ICT Center (Tech Creek) opposite Port Harcourt Pleasure Park Aba road, on the 11th of January 2019.
While delivering his first public speech as the new Cadilly Entertainment Limited M.D. Mr Utere disclosed the company’s current plan of creating a new show called “Greenlight” which will showcase the rich cultural lifestyle of Nigeria, ranging from her fashion, food, variety of entertainment and more.
The show which is planned to kick off from Port Harcourt has already been scheduled to hold in March 2019, but prior to then, a talent hunt and music audition will hold on the 25th of January 2019 to identify and choose characters that will feature in the maiden edition of the show.
According to Isaac Utere, Greenlight will feature A-List artistes around Nigeria such as Falz, Derenle, Banky W, Teni, Skales and more which the label is already in acquaintance with.
Furthermore, artistes chosen from the talent hunt and music auditions will be on the Cadilly Entertainment Limited watch list for possible signing and constant feature on the Greenlight show which will be taken around African countries such as Uganda, Kenya, Ghana etc.
In responding to questions from the over 50 Press Men, Social Media influencers, entertainment players and enthusiasts in attendance of the briefing, Mr Isaac buttressed that the entertainment industry is driven by synergy and controversy, therefore the players should learn to be more of newsmakers other than news consumers, even as they adopt the habit of supporting one another in making events in Port Harcourt city more worthwhile.
Isaac Utere went ahead to state that His corporate office situated at No. 7 Chief Ejims Street Rumuomasi Port Harcourt is however open to everyone with need for further enquiry about the new Cadilly Entertainment Limited activities, or reach the company via Instagram @cadillybaby or @mediaworks615 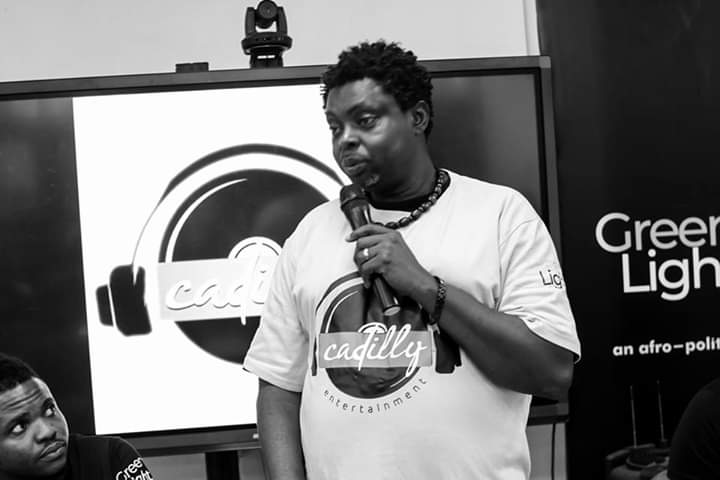