A Nigerian writer has told the story of a pastor who allegedly impregnated one of his choristers then covered up his infidelity from his members.
@Moskedapages said the revered man of God had been having sexual relations with his choir member. When she got pregnant, she was sent to the village to have the child.
After the child was born, his brother who was childless adopted the child while the girl returned to the city and continued singing in the choir.
As for the pastor, he allegedly climbed the pulpit to thank God that his brother had adopted an “orphan”, and his members were none the wiser.
@moskedapages wrote: “There was this MOG. He’d been married many years. People looked up to, and revered him and his wife. But uncle was sleeping with a choir girl. He got her pregnant and she traveled to the villa to have his son. The son was then ‘adopted’ by his elder brother who was childless.”
She added: “This MOG climbed the stage and praised God that his brother had finally gotten a son. He claimed that they had adopted an orphan. He even dedicated the boy right there on the altar.  Nobody suspected a thing, nobody asked questions. Choir girl returned and kept ministering.
“MOG is still very reverred. When you talk about long-lasting marriages, you count his. Tomorrow, if he gives marriage advice and you don’t agree with it, they’d use his long-lasting marriage to remind you that he knows what he’s saying. But his white is stained. Very stained.” 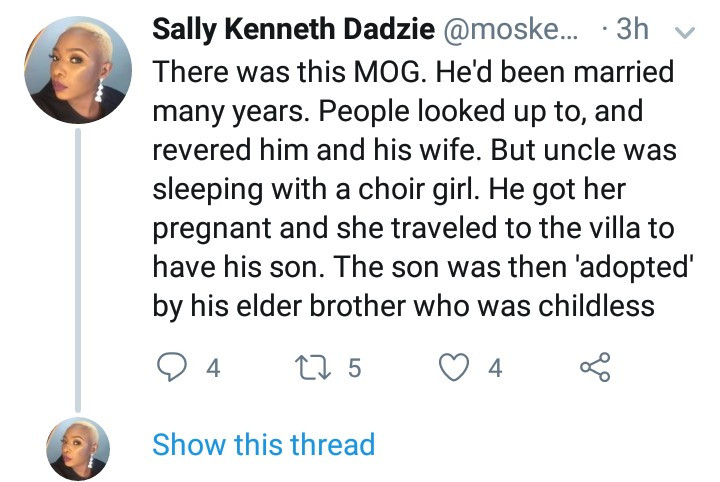 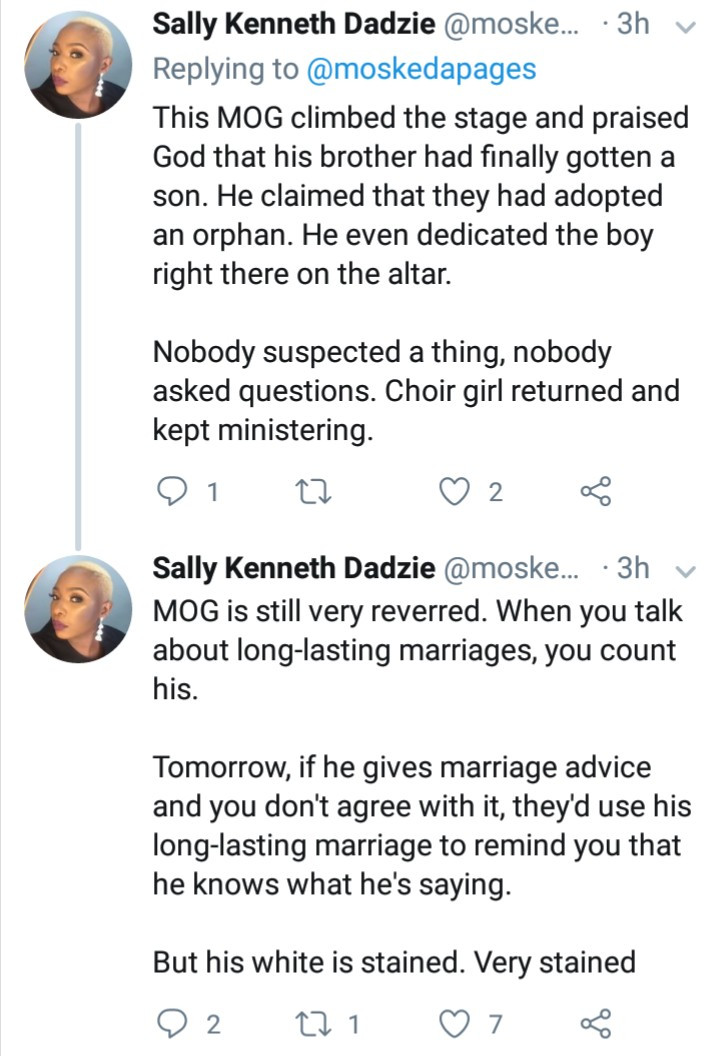